skip to main | skip to sidebar

A boy comes into his room to find all his stuffed animals very upset. His little sister has removed all their ears and thrown them into a pile on the floor. He sorts them all out and returns them to each animal properly. The animals don’t recognize their own ears because they are too loose. The boy resorts them into some very funny combinations and duct tapes them on so they feel fitting and tight. The animals all love their ears now, although the elephant has sheep ears; the lion has rabbit ears; the pup has deer ears and antlers; the deer has mouse ears; and so on.

This is a delightful read-a-loud. First, it teaches patience when the boy doesn’t become angry at his little sister. It demonstrates sorting skills, inventiveness with using the duct tape, and flexibility in how the ears are finally matched. The animals demonstrate how people don’t always know what’s really best for them. My wife and I eagerly look forward to sharing this book with our young grandchildren. It is indeed rare that a picture book teaches so much so quickly and easily. We rated it five hearts.
Posted by Bob Spear at 12:42 PM No comments:

A Fantastic Book for Reluctant Readers

This is an excellent book for reluctant readers. Four pre-teens (the Adventure Scouts) become involved in their town’s zoo, which they discover is connected to a very secret underground city designed to allow people and animals to live together in peace. In doing so, Megan mysteriously disappears and her brother Noah and friends Ella and Richie find themselves in this adventure of their lives that has earth-changing potentials. The riding of a huge polar bear and a sharp-horned rhino, as well as a giant penguin while being supported by birds and a colony of prairie dogs will fire the imaginations of young readers. Thrill to their conflict with a mysterious Shadow Man and a colony of evil Sasquatches. Discover a decades old secret that is protected by a secret society of humans and animals. We rated this book with a constant lightning pace five hearts.
Posted by Bob Spear at 5:22 AM 1 comment:

This Manga is yet another Japanese classic brought to us from the New York publishing house that is dedicated to bringing the best of Japanese literature to the United States. The first in a three-volume series. Its movie version grossed $30 million. This is the first time it has been rendered in the English language.

There is a battle on almost every page—definitely an action graphic novel. A samurai seeking to become warlord of Japan. He agrees to trade his soon to be born son’s 48 body parts as payment toward that end. When born, he throws the deformed baby into the river to drown. The boy is discovered by a doctor who makes prosthetics for the missing body parts and adopts him as his own. Grown now, our hero meets a wild bandit boy with whom he teams. Along the way, he kills demons and regains a missing body part for every demon he kills.

This is one of the most influential Manga artists in Japan’s history. We rated it a solid five hearts.
Posted by Bob Spear at 12:10 PM No comments:

YA About Foster Children

This young adult story addresses the problems of being an abandoned or orphan child living with foster care givers and the child imagining many threats that either don’t exist or are misinterpreted. Kyleah believes that if she could become prettier, her abandoning father and twin brother might come for her. She also believes that if she climbs a tall oak tree in the front yard right at sun rise, she will get her wishes.

She and foster brother Benjamin decide to run away from the foster home in Kansas to Canada, where they almost freeze while trying to escape border patrol and RCMP policemen. This is an exciting story that teaches much about many critical concepts as well as entertaining the reader. We rated it four hearts.
Posted by Bob Spear at 4:45 PM No comments:

This is an excellent YA fantasy written by a lawyer in Spain and translated by a successful actor in England with lots of stage play translation experience.

Twelve-year-old Ivan discovers a medal in a hollow tree. Shortly afterwards, Ivan discovers he can float and fly. His new ability helps protect his community by allowing him to spot sea raiders. Ironically, they manage to kidnap him for a ransom effort later on.
An attack by sea monsters helps break him away from captivity and he flies away from the raiders’ ships to a land far away from his home. There, he becomes involved in saving new friends and communities from horrific monster Taurocs (a cross between bulls and dinosaurs). In the meantime, Ivan’s home community is being asked for a huge ransom by the sea raiders, even though they have lost Ivan.

This is a cleanly written and exciting story for young adults. We especially liked the emphasis on instinctively doing the right thing, no matter how frightened you are. We scored this five hearts.
Posted by Bob Spear at 4:24 PM No comments:

Literacy by and for Tweeners

This delightful YA novel won the first Tweener Time International Chapter Book Competition. Written by a teen for tweens (8-12), this wonderful chapter book follows a young man, Keegan, who wanders around in search of a home. His quest is complicated by his secret talent—the ability to speak telepathically with animals. His best friend and protector is an imposing jaguar, Adrian. His life becomes complicated and endangered by an arrogant girl, Nora, who suddenly takes the credit for animal speaking. They find themselves traveling together to a neighboring country trying to escape agents of their greedy king, but the chase doesn’t end with their crossing of the border.

The author and illustrator have won large scholarships for their efforts. This competition is an exciting addition to the book industry by providing young people an opportunity to prove their talents. We welcome this first competition’s winners and rate her book four hearts.
Posted by Bob Spear at 2:53 PM No comments:

New YA Series for Horse and History Lovers

This fascinating YA first book of a trilogy on the history of man’s relationships with the horse is particularly well done. Meagan, a young teenager, witnesses the arrival of a new colt she names Promise. She enjoys socializing the colt and caring for him until it’s time for him to grow up with other colts. Several years later, the now young adult horse returns to Meagan’s horse farm to begin saddle training. Unfortunately, a crooked horse trainer is out to steal Promise. Meagan stumbles on the plot and manages to leap onto Promises back and jumps a fence in order to escape. Suddenly Promise sprouts wings and carries Meagan back in time to caveman times. Meagan falls off, only to find herself in the middle of a caveman horse hunt for fresh food. After a short time there, she jumps on another horse and finds herself as a slave in Rome, and then she moves forward to ride with the Mongols. After more hard times, she moves forward in time to the times of the Crusades, where the book ends with the reader anxious to know what is next.

This series teaches not only the history of Man’s relationship with the horse, but the history and day to day cultures of different civilizations of the past. We rated this first book five hearts.
Posted by Bob Spear at 12:16 PM No comments:

Advice from a Leading Boy's Author 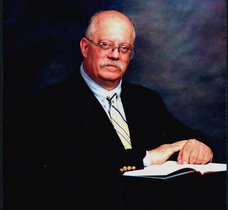